As I was suffering from a serious regression due to compiling my app against the iOS 7 SDK, it was fortunate that the SDK caused me this headache.

It was not trivial to render custom Arabic fonts in the past on iOS. You had to either use low-level API, such as CoreText, or utilize a CATextLayer with custom drawing options… This solution was working fine until iOS 7 came along.

With iOS 7, I found myself inclined to use AutoLayout (which is insanely awesome on Xcode 5, btw), and this completely broke the CATextLayer approach used in the application. The problem is, when using AutoLayout with UILabels, the label’s size is calculated based on what is called an “intrinsic size”. This intrinsic size cannot be calculated properly, since I was drawing custom fonts with custom metrics!!

I was thinking about patching the whole thing, or even ditching AutoLayout, but thankfully, I somehow persevered (I know, such a big word for such context) and stuck with AutoLayout. I also remembered NSAttributedString along with NSParagraphStyle. These two are like Batman and Robbin.

Thankfully, NSAttributedString knew how to render custom Arabic fonts without any extra work! And since that was handled by UILabel, it also calculated the intrinsic size semi-correctly! (it was just cutting off some letter from the top and bottom). 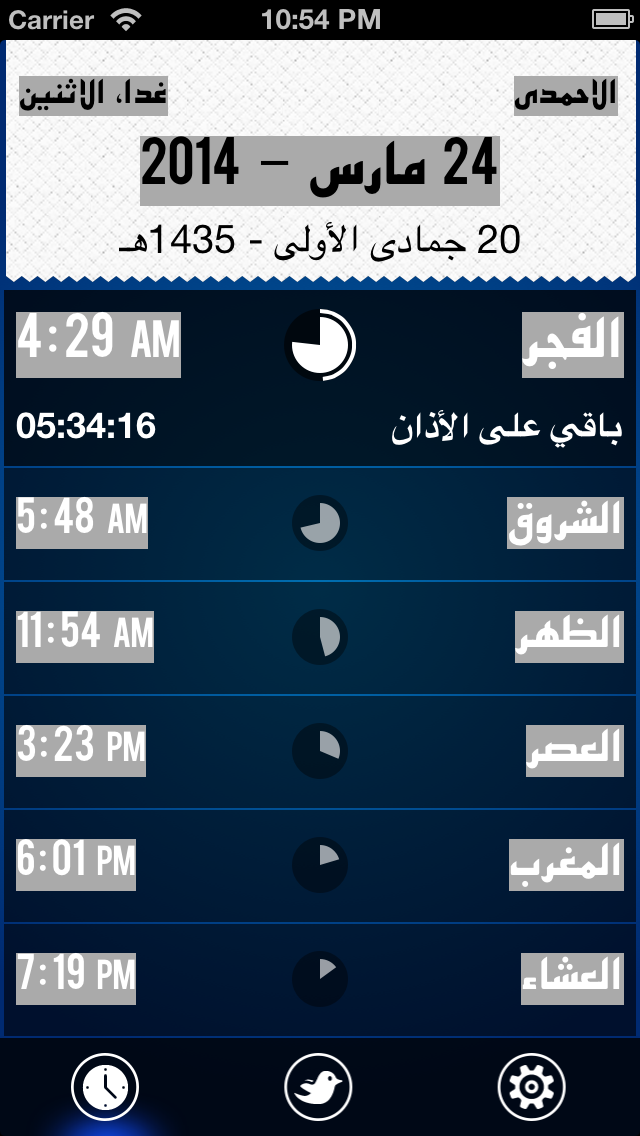 As you can see, some of the text is cut off :(. Fret not! NSParagraphStyle to the rescue!

I can’t really skip the conclusion, so … The conclusion this time is… I am spending way too much time on blogging rather than getting this app on the AppStore Dx