I have spent a considerable amount of time due mainly to my lack of C++ knowledge, but I can’t help but blame the mother flippin C++ compiler and rapidjson developers… (P.S link is SFW).

In C++, there is a concept known as sending an object by value, as a whole. We don’t see that in Objective-C nor Java, let alone scripting or higher level languages. That object you pass around by value gets copied implicitly, sometimes:

A very basic entry level C++ example (that I hope I didn’t mess up). Sending Car this way will implicitly invoke the copy constructor, since:

This can obviously get very dangerous if you are not careful, since the car object can get pretty damn big. Hence, some developers, especially ones writing reusable code, such as a library, can add restrictions to stop you from making this mistake.

In rapidjson, the developers chose to simply override the freakin copy constructor and make it completely unavailable. To my extreme misfortune, I was doing an implicit copy to a JSON object, and the library didn’t like it.

Fine, just change it? Well, that’s easy to say after I figured out the freaking problem!! The error was so absurdly vague, it made me grow a few white hairs. The error was so bad because, for one, it was a linker error, and second, it was something like:

If you haven’t realize it , the second line is a single type… ლ(ಠ益ಠლ). It’s equivalent, in a sense, to int or std::string. Yeah, that is totally ambiguous.

Let’s break it down:

“Yo, Joe. Can you implement this simple algorithm for me in C++? Oh look, you probably finished it… Wait, what? That is just you declaring a variable?” 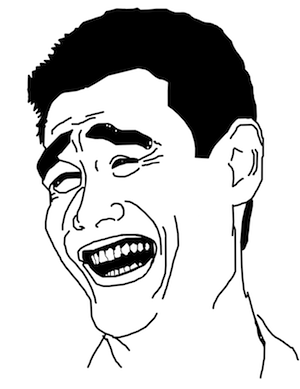 Now, the C++ compiler is blamed for throwing such an undebuggable error, and the rapidjson developers are blamed for not using explicit keyword on the copy constructor.

Explicit copy constructors is a concept one of the developers at Sourcebits taught me, which is quite something. You can mark a copy constructor with an explicit keyword, which will make an object throw a compilation error if it was gonna be copied implicitly. It also gives the developer an option to copy the object explicitly, since he’s doing it, well, explicitly.

I have already downloaded Unity3D, but I can’t make myself abandon what I started, so I’ll see this through, and see if I can retain my sanity before this project ends…